The story of KAPLA® begins with a Dutch antique dealer, Tom van der Bruggen, who dreamt of building his own castle.

During a trip to the south of France in the late 1960s, Tom fell in love with a ruined farm and decided to turn it into a castle.  In order to visualize his project, he tried to make a scale model using wooden blocks.  But these blocks did not allow him to build a precise and realistic model, so he created his own.

This is how the magic KAPLA plank came to life - the plank with which you can build everything!  Tom called it KAPLA® for 'KAbouter PLAnkje' which means ‘gnome plank’ in Dutch.

ONE PLANK TO BUILD ANYTHING AND EVERYTHING

Create your imagination with KAPLA®!

Of identical size, and perfect 1:3:5 proportions, KAPLA planks are simply placed on top of one another to build towers, castles, animals, and all sorts of extraordinary creatures …

AN ENDURING AND EVOLVING GAME

Learn while playing, from age 3 upwards!

Young or 'grown up', alone or in groups, with family or friends, KAPLA® adapts to all ages and talents.  KAPLA® stimulates creativity, perseverance, ingenuity and STEM learning.

Chosen for its durability and natural beauty, the Landes pinewood is shaped with high precision manufacturing and coloured with natural pigments to ensure safety during play.

KAPLA® is already well-known and widely used as an open-ended classroom resource in schools and play centres in Europe, and is rapidly growing in demand with educators across Australia. 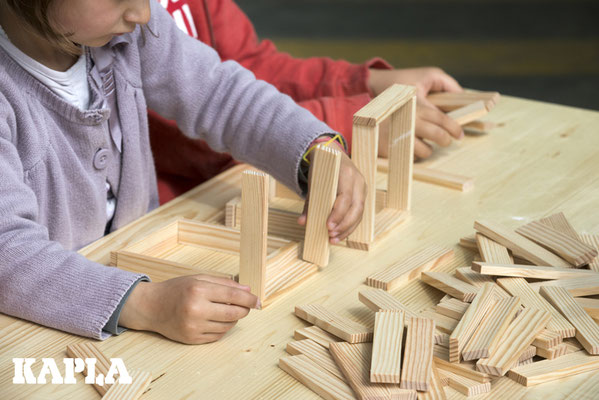 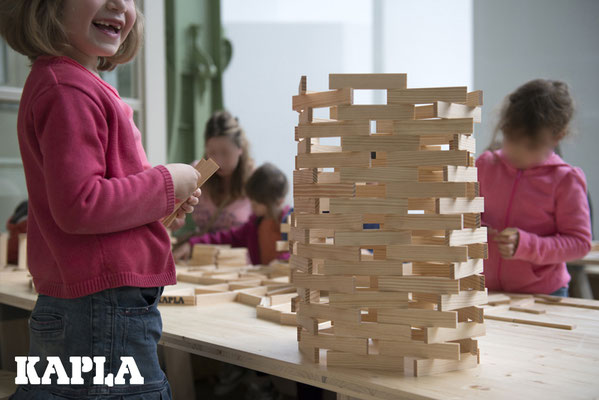